And yeah, I really liked #Aquaman in this (didn't expect to). Enjoyed Affleck's #Batman. Of course Gal's #WonderWoman is great, and Ezra's #TheFlash is a winner. I'm a fan. And I like messages of hope. I'll see it a third time #JusticeLeague

They did it😊 Justice League is wonderful. Heartfelt, funny, but with high stakes and consequences. They address and fix many peoples issues with BvS, but in ways it helps the story and characters. So many surprises you all have no idea about. #justiceleague

Justice League is the DC team up you've been waiting for. I had so much fun from beginning to end. The expansion of DC mythology will make fans go nuts. Superman though!

Here it goes … #JusticeLeague is super thin and has some very weak CG but it’s got heart and a positive vibe that works. Overall, I had a pretty good time and am looking forward to seeing more of these characters.

Justice League is better than expected, but not a home run. The interaction between the team is a lot of fun. The film sends the DCEU in a hopeful direction in line with where the brand should be headed. Flash and Aquaman steal the show. Cyborg and villain are the weak links.

Nothing could save JUSTICE LEAGUE from its loud, ugly, tacky self. Not Wonder Woman, not wide-eyed Ezra Miller, not Joss Whedon's quippy teardown & rebuild. And Henry Cavill's mustache is an actual issue; they gave him Uncanny Valley Face. Oof, guys. It's a rough ride

#JusticeLeague is a fun blockbuster that is entertaining enough to overcome its flaws. The team works well together to deliver more than a few spectacular superhero moments worth seeing on the big screen.

Maybe not quite what some hoped, but definitely not what many feared.

ZACK SNYDER’s film is filled with so many moments that had me geeking out and crying nerd tears. When an action scene/hero moment hits, the film is firing on all cylinders.

I saw #JusticeLeague and its a bumpy amazing uneven bizarre wet clay event. The Flash & Wonder Woman stand out. It's a good start. pic.twitter.com/7vAp1YicTp

The bad: #JusticeLeague rushes through a lot and its main story/lore and villain are rather stripped down and forgettable.

My mom really enjoyed #JusticeLeague, especially The Flash's humor, Aquaman's everything, and Wonder Woman being just that. She even noted and liked Bruce Wayne's development from BvS to this.

People that have complained about DC movies being too dark are about to see the light #JusticeLeague pic.twitter.com/eB1JoNJTvi

Justice League is not a perfect movie. It has story "flaws" and a simple, CGI villain.

BUT, more importantly, it gets the heroes right. Every member of the League is fantastic and it's tough to choose a favorite.

It's a ton a fun, start to finish.

I saw #JusticeLeague! Here’s what I thought. There are ton of things I’d change but it comes down to this: I had a blast! I got to see the team together and I had fun watching it. Ezra Miller steals the movie and #WonderWoman was perfect! pic.twitter.com/rgCI9fUuTs 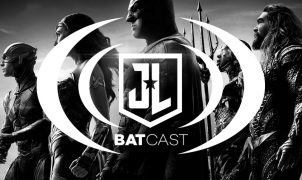 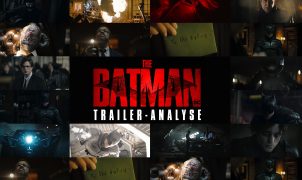